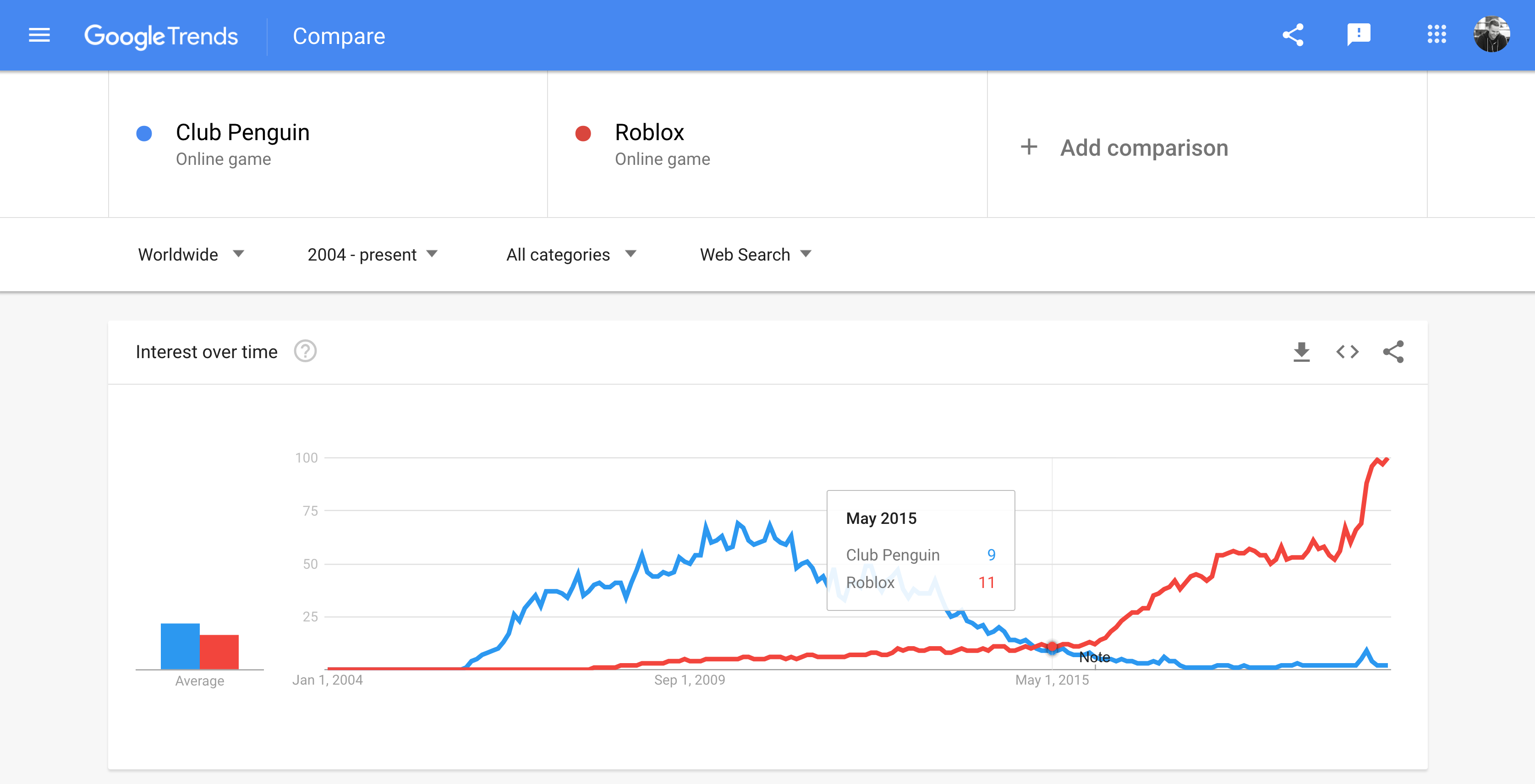 As a former Club Penguin staff member from 2006-2015, it was hard to watch as CP was closed. Why did Club Penguin shut down if it had so many active players?

Club Penguin shut down largely due to growing competition from newer games such as Minecraft and Roblox. These kid-friendly games were made available for almost all platforms, including console.

While both worlds were released between 2005-2006, Roblox allowed its users to create their own multiplayer games. According to Kidscreen, Roblox had grown its catalog to 15 million user-generated games by 2015.

When you add Minecraft to the mix, you can see that Club Penguin began to slightly decline as Minecraft took off like a rocketship. But since Minecraft is less kid or family-focused, it didn’t appear to damage Club Penguin quite as much as Roblox.

The Roblox team has done a lot of things very right. As a virtual world, Roblox is vast and full of things to do. And they pay their creators royalties for creating games that people play, so there’s an extra incentive for people to build content for their platform.

Now in 2020, Roblox is even on-pace to outrank Minecraft.

Club Penguin was quite expensive to run, so it was natural that the company would look to cut costs as numbers dwindled. Unfortunately, this meant the little virtual world we love had to close down.

During the pandemic, lots of businesses had to close down because they didn’t have enough customers. This is what was happening for Club Penguin — there just weren’t enough customers to cover the costs to run the world profitably.

There’s obviously a lot more to the story than that. But at the end of the day, it comes down to a financial statement. Games are run as businesses, which is why so many mobile games get shuttered even with a dedicated fanbase. When a game isn’t profitable, it has to get shut down.

The huge downside to all of this (for any game) is that there’s a fanbase left out in the cold. That’s why so many players end up turning to piracy. It’s hard to blame them for wanting to play the games they love.

But in the case of Club Penguin, private servers are not a good idea at all. The entire Club Penguin world was built around safety for younger players. Having some anonymous admins running pirate servers leaves little to no accountability for user safety.

One day I hope that Club Penguin can reopen safely, with accountability in place for the operators. I miss the fun and innocence of Club Penguin, and wish more people could experience it safely.